Peja is a not very large municipality but has a very attractive environment and very hospitable people. It is a very easy municipality to be oriented and well organized enough to reach almost all tourist attractions.

This beautiful city has a very old history and is known in the region as a city of numerous historical, economic, industrial, commercial, tourist developments.

Numerous records show the existence of this city since Illyrian times with a very good organization of operation while it is also mentioned as one of the main cities and connecting routes of trade caravans that have moved from different European countries. So, as mentioned above, Peja has always been a center of development.

The visit to the city of Peja is a pilgrimage through different times starting from the Illyrian, Byzantine, Ottoman times, world wars until today. For this, your trip to Peja will be a trip of different experiences. During the visit you will have the opportunity to get acquainted with many old buildings of cultural heritage such as old civic houses, Dukagjini towers, religious buildings such as mosques, catholic and orthodox churches, the old bazaar of Peja, the mill of Haxhi Zeka once a complex industrial now historical complex, the museum of Peja in which are exhibited the artifacts of the Illyrian time and many other exhibits of ethnological heritage such as traditional clothing from the city and villages, old traditions of the locals, handicrafts, traditional music, etc. So it is a city full of history where tourists will spend time visiting and experiencing these parts of the city. For more about the cultural path, you can find information at the link below.

But it is not only the cultural heritage that sets this city apart. The city is very lively, especially in the summer season when the diaspora is present. Restaurants and bars work in almost all parts of the city and offer very attractive and warm environments where you will spend time under the sounds of music and the warm atmosphere created by young people. But before you settle in a restaurant or a bar, we suggest that you spend some evening time walking in the center of Peja or as it is known to the people “Korza”.

If you have not tasted it so far, we suggest you try the taste of traditional beer “Birra Peja” which one of the oldest beer in Kosovo.

For your taste, European-style food is present in all restaurants that the chefs prepare with great delicacy, but what can complement your trip with experiences is the taste of traditional food that you can find in various restaurants in Peja.

And most importantly, you need to know – You are now in the alpine town, the town of the mountains, the gateway to the Cursed Mountains National Park, and the mountain gem of Europe known as Rugova 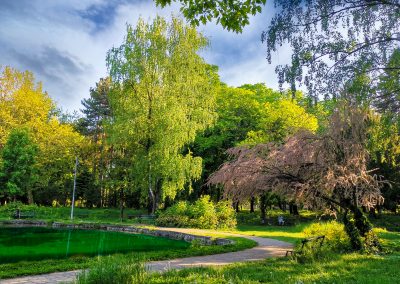 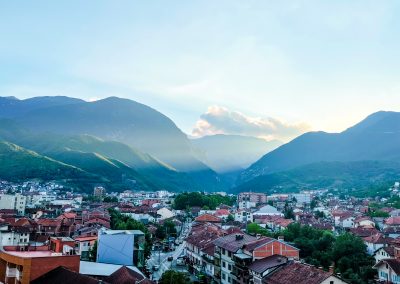 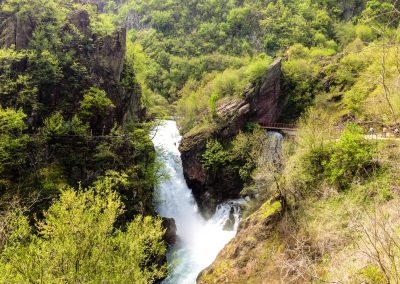 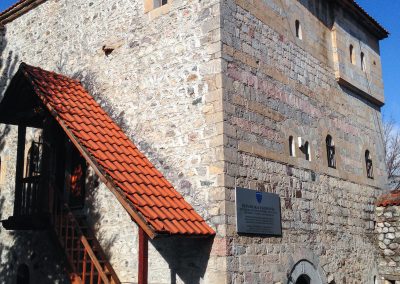 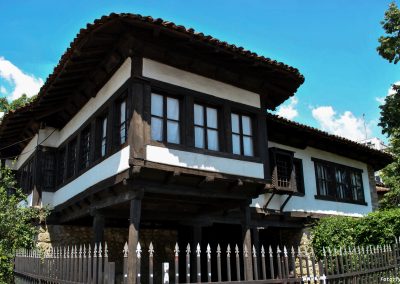 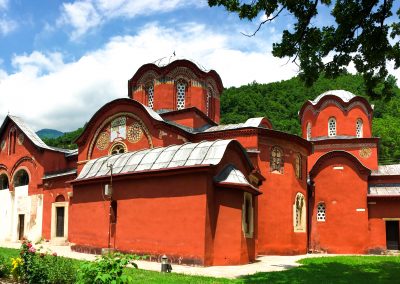 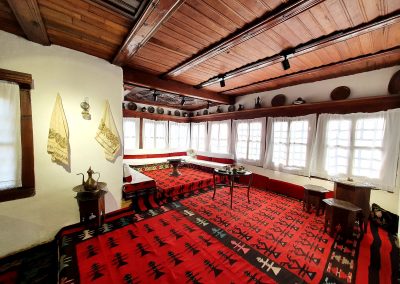 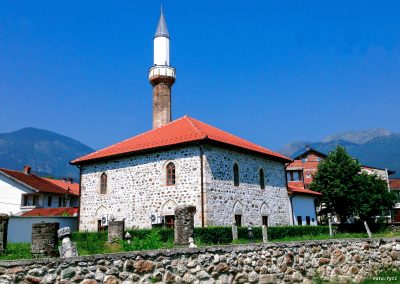 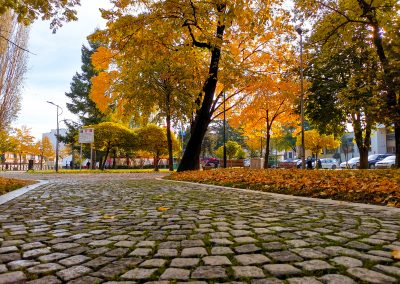 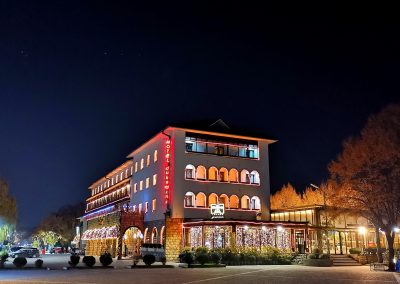 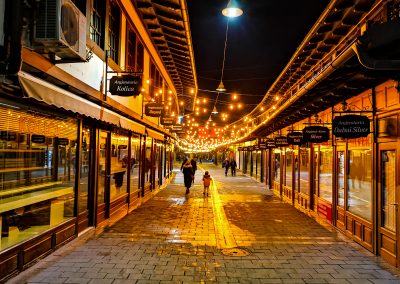 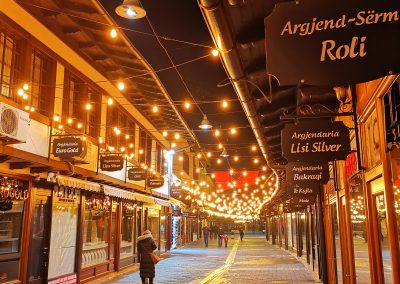 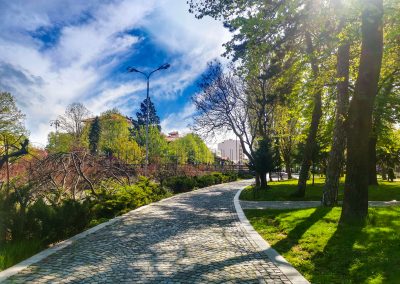 The pearl of the national park Accursed Mountains is the mountains of Rugova which have the greatest diversity of natural heritage and the largest number of natural attractions.

It is the access gate to the national park Accursed Mountains thanks to easy access and good infrastructure. Only 2km away from the city center of Peja begins the magnificent Rugova Gorge. It is the biggest attraction of this mountainous area in Kosovo but it is also well-known in the region. Due to its geological, hydrological, landscape, speleological and botanical importance, the Rugova Gorge was introduced by law in 1988 as a natural monument with a territory of 4301 hectares.

This gorge has a length of 12km which is divided into two parts by the river Lumbardhi which is an attractive river and at the same time made the Rugova Gorge even more attractive and with natural values. After 12km when the gorge ends, starts the villages of Rugova. In total there are 13 villages in Rugovw. They are located in different geographical positions, starting from 1300m altitude up to 1800m, the highest village in Rugova – Pepaj village. The difficult access to these villages has influenced the inhabitants to settle only during the summer season, but with the improvement of the road infrastructure, now these villages have started to be habitable throughout the year and to return to life in this mountainous area that it once had.

The early development of life in this area has influenced to have a very rich cultural heritage. The traditions of the locals have been carefully preserved so as not to lose their historical values and have been passed down from generation to generation. Traditional songs and dances, traditional costumes, traditional games, autochthonous food, stories, musical instruments, etc., are some of the traditional elements passed in the generations by the Rugova families.

If it analyzes this mountainous territory in its entirety, then in the whole area of Rugova you can encounter miracles that are found hidden under the mountain wildness of the flora. There are two magnificent lakes (Liqenati Lake and Drelaj Lake) at an altitude of 1860 m, two attractive waterfalls in the village of Malaj, flora, and fauna scattered throughout the region, a panorama of the Guri Kuq 2522m, Hajla 2403m, Çfërla 2461m peaks and other panoramas that you can experience from different mountains, etc.

Today this mountainous region has started to become very attractive for tourists and is being visited more and more by local and foreign visitors. Visitors are different and the visits they make are different. Some are dedicated to outdoor activities such as hiking, rock climbing, Via Ferrata, speleology, Zip Line, skiing, snowshoeing, etc. While some seek only quiet vacations by booking villas offered by locals.

Rugova has now become part of international maps being the starting point of the “Peaks of the Balkans” trails www.peaksofthebalkans.com which at the same time in 2013 was awarded the first prize by the WTTC (World Travel and Tourism Council) www.youtube.com/watch?v=xAl7B-vrodc and “Via Dinarica” www.viadinarica.com/en/countries/kosovo 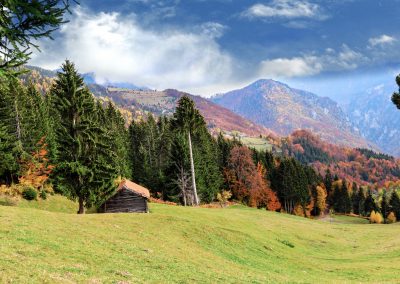 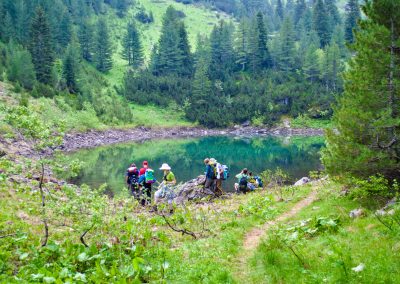 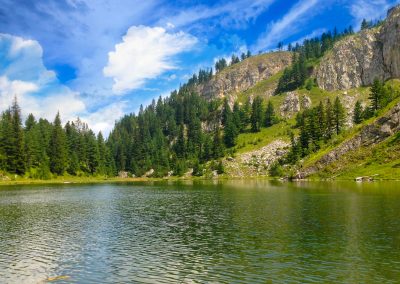 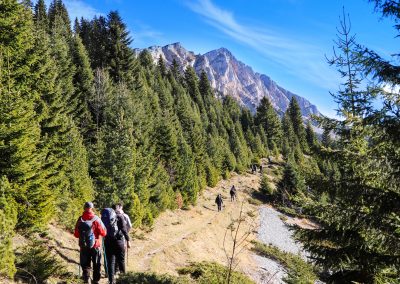 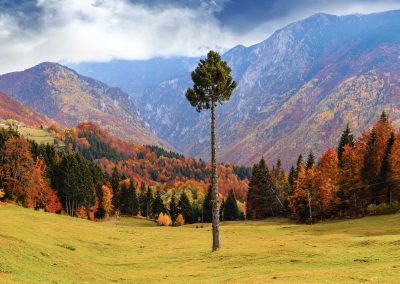 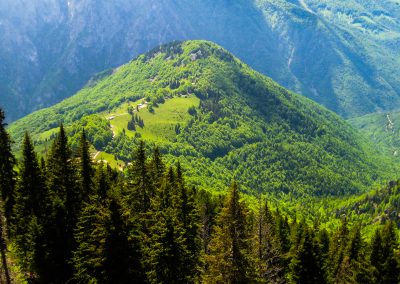 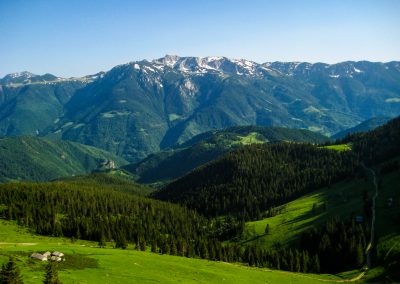 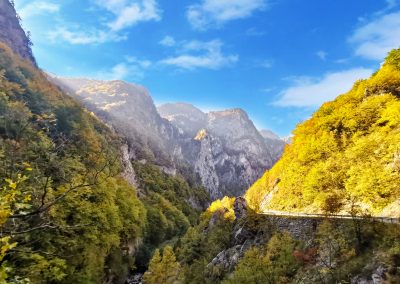 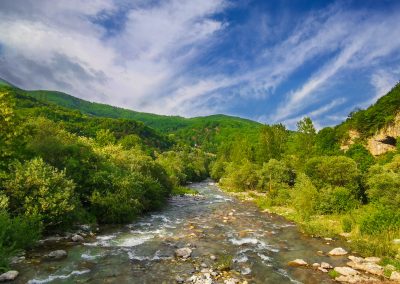 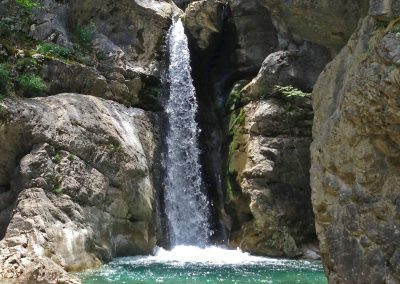 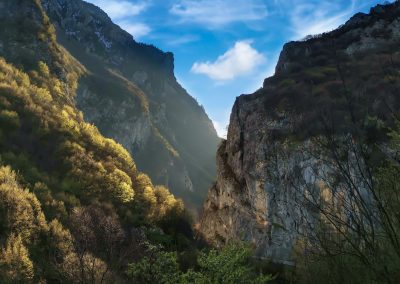 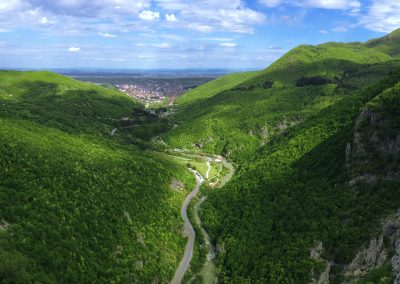 How to come in Peja

Kosovo lies in Southeastern Europe or in the central part of the Balkan Peninsula. It is the youngest state in the region declared in 2008 becoming the last breakaway from the former Yugoslavia. It borders the state of Albania, northern Macedonia, Serbia, and Montenegro. The population of Kosovo is 1.8 million while its territory is 10,880km2.

Peja ranks among the largest cities in Kosovo with 100,000 inhabitants and lies in the northwest of Kosovo. It is an easily accessible city thanks to its location and the creation of good transport infrastructure. To get to Peja you can use transport according to the convenience and price that suits you best.

From the airport to reach the city of Peja you can do it in two ways:

Traveling by Train is also one of the opportunities you can use to reach the city of Peja where during the trip you will have the opportunity to enjoy the fascinating panorama of nature and the beauty of authentic villages. Train traffic has an extension at the international and local level such as:

Traveling by Bus: Bus travel operates daily from the countries surrounding Kosovo and also from other European countries, while the connection of the destination of Peja with other cities within Kosovo has a very good functioning. www.sap-rks.com

Traveling by Car is the most developed transport in Kosovo. Kosovo is also ranked as a country with the best road infrastructure compared to neighboring countries where it has built a system of highways that connect neighboring countries with Kosovo and connect cities within Kosovo in order to create lighter and easier traffic and suitable for both its residents and tourists. Access by road transport in Kosovo can be done through border crossings as follows:

From Macedonia: The entrance can be done through the border point of “Hani i Elezit” from where then you have to follow the Highway to Prishtina and Peja.

From Montenegro: The entrance from Montenegro is from the border point of “Kulla” which is located in the north of Peja has a distance of only 30km from the city of Peja.

From Serbia: Entry through the state of Serbia is done at the crossing point of “Merdare” where then you have to follow the highway of Prishtina and Peja. 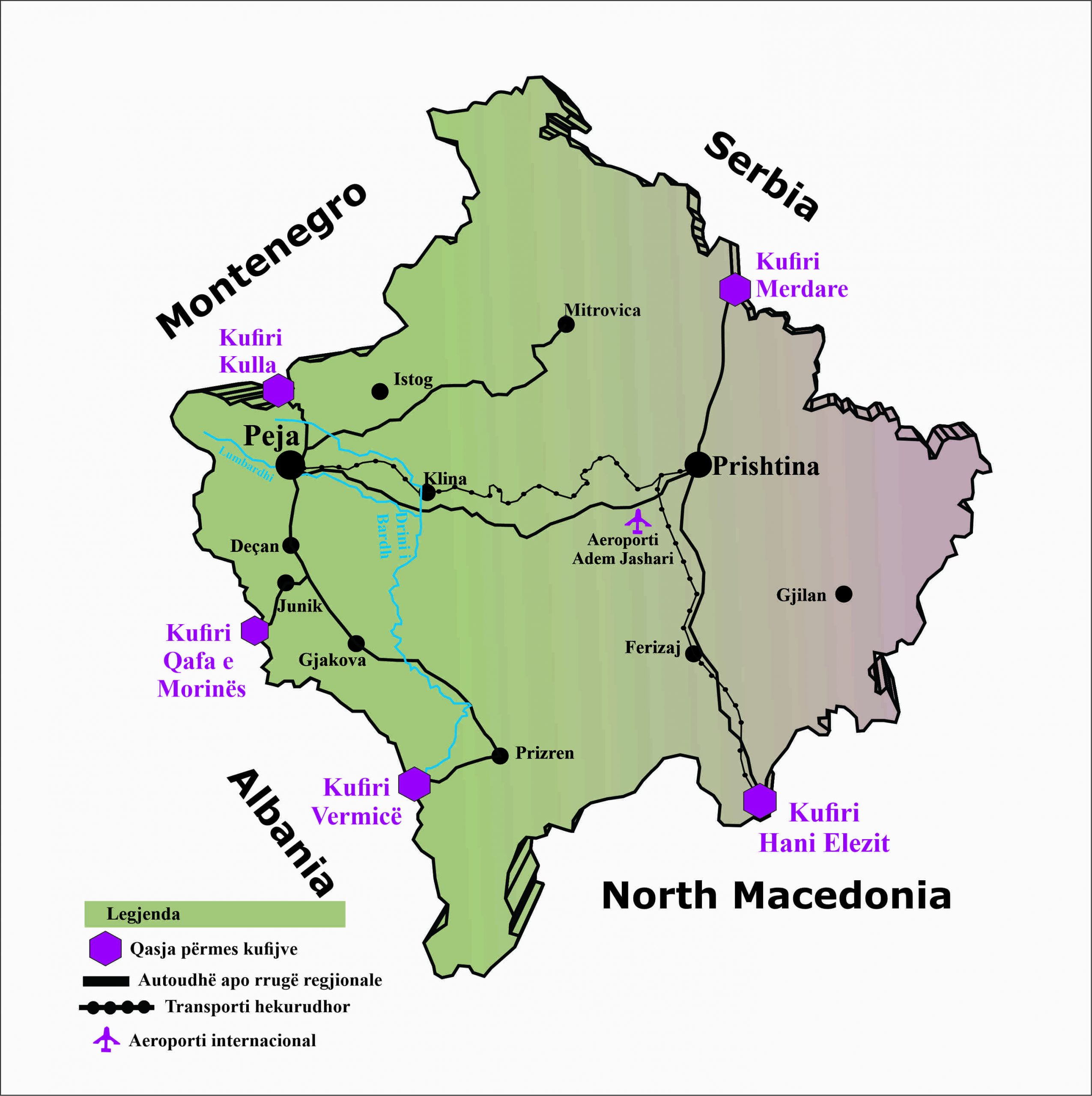 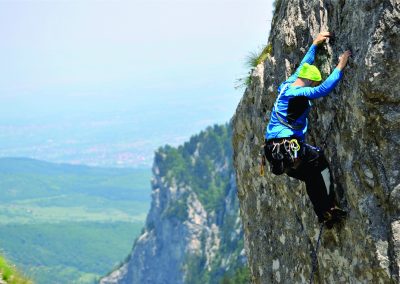 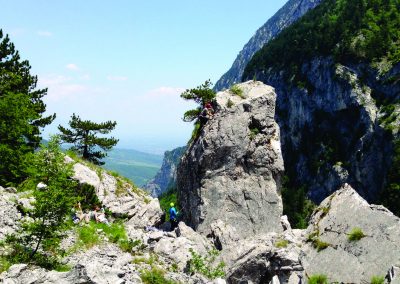 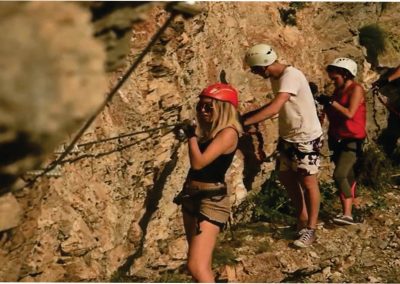 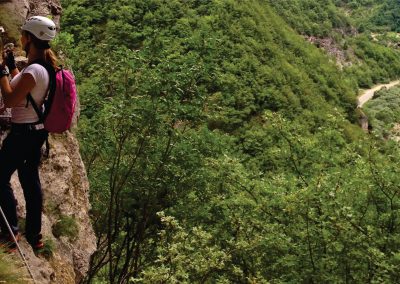